I’m going to wand a great big bubble
a bubble clear and free of trouble
This bubble will be safe
from viral school-kid waifs
and kindly older folks in homes
where corona germs free-roam
You’re welcome to share this bubble
Even if you’ve got a flaw, a nubble or a stubble
Or we can build a double
if you rather choose
Across the air we’ll free-float
Blissfully we’ll snooze
on an airy cleanroom, germ-free, double-bubble cruise. 😉

The Day The Colonel Cried

They granted him permission to record an audiotape for his Dad and I. All the while he was held captive and gravely ill. All of which they caused through neglect and lay the blame at our feet.
We rushed to retrieve the brown paper package from the post office. Wrapped up like a school book he may have carried to class, had he gone to school that day, that year. We drove around Dale Carlia Corner to the KFC parking lot to listen together to our lost boys voice. The voice we hadn’t heard since he’d been stolen away from us eight weeks earlier.
In his treble he sang out under the sign of The Colonel as we listened. While we trembled. He spoke of bellyaches, force feedings, solitary confinement, vomiting and J tubes. He spoke lovingly of Ejama. He spoke of missing us and love and longing to come home.
“But the worst thing is Mom, my most horrible fear is that I’ll grow up before I ever see you again and you won’t recognize me anymore.”
He, still in his boyhood, locked behind bars in Boston Children’s Hospital, far beyond our reach.
In Wakefield, RI my husband choked. Pummeled both fists into the dash.
Through his tears The Colonel grinned for appearances, ole’ boy that he is.
It is said, “You only live once.”
But how many times do you die?
As for me, I lost count.”

Trauma changes you. Processing it often triggers reliving it.
For this very reason, my loving son and I travel a long, hazardous road to recovering one another.
He has been lost for so long in so many ways but we are going home.
A BIG forever thank you to a rare validating life force, an advocate, teacher, healthcare educator and revolutionary and dear, dear friend, Joslin Leasca, RN, MSN, Ph.D.
I am eternally grateful to God that my beautiful boy is still alive.
And that I am here to say it.

I know that you don’t know what to say anymore. That is okay.
But I was silenced, in seclusion and in a state of shock for many years. This is called oppression.
I hope I’m making some sense here.
Whether it be bullying, intimidation, assault of any nature, verbal abuse, physical violence, or any form of abuse of power over a more vulnerable being,
Speak Up and Don’t Shut Up.
Advocate. Advocate. Advocate because maybe no one else will.
I’ll never be silenced again
and
neither should you.

The old mill refused to be found.
I just couldn’t imagine where it had gone, with it’s beautiful stone structure and huge length of terra cotta pipe stretching out over Carr’s Pond in West Greenwich.
I’d set out to hike around the pond just like I remembered doing with Rick last fall. He’d been there many times before. I’d been there once long ago, arriving in the back of a bouncy pick-up with Dude the Doberman. Good friends Barbara occupying the passenger seat and Joe the driver up front. We celebrated nothing, running half-lucid, skinny dipping under a half-moon, full-out laughter the only sound. Riding home over cracked gravel under the stars, whole in our youth.
But I digress. Yesterday I couldn’t find the mill. Accompanied by friend, Charlie, his mini-schnauzer Harry and my hound, Red we set out.
In a rare instance, I deliberately left my phone in the car, my camera at home. Charlie’s battery died early on due to the cold, so we didn’t have an M.A.P. No big deal. You make a loop starting with the pond on your left then keep it to your left. How hard can finding one huge red pipe over a small pond be?
Very.
What we did find were towering pines. We tread over soft, thick, red needled carpets. Admired rock formations, variations of lush green moss teeming with life. We found a light wind rippling gently over the surface at the center of that half-frozen body of water. Skipping silver reflections. Blue melting into pale yellow into green back to yellow.
At the warmest corner, a soft plop into the water off a floating chunk of deadwood. The first turtle? And again. Yes. The first two.

Lichen, misshapen, broken, growing?
A skim of clear ice along the edge of the pond. Peripheral mini-ponds where a certain retriever fell through up to his tummy, shook it off. No worse for the wear.
We were more than surprised by a fresh and bloody coyote deer kill. Rib cage splayed in the air from which said hound retrieved a dripping, meaty scapula. No worse for the wear.
My friend and I walked into the woods. I to find a mill, both of us to commune with nature’s beauty. I haven’t found the mill, yet.
As it turns out we hiked around Tarbox Pond, almost adjacent to Carr’s and just as lovely. I discovered a curiosity for deer, coyote, both ponds, water authorities, local history and lichen along this rigorous walk.
I also found short and long forgotten memories. My own reflection on the beauty and brutality of predatory survival.
Air, water, color, texture of purity beyond compare in our little state.
Intense unease and the serenity of the angle only February offers from the sun.
I found that after all this time, blood sweat and tears I still love nature, hiking, curiosity and good company.
I am thankful for the steps which led me there. For both, the clarity and the blur. 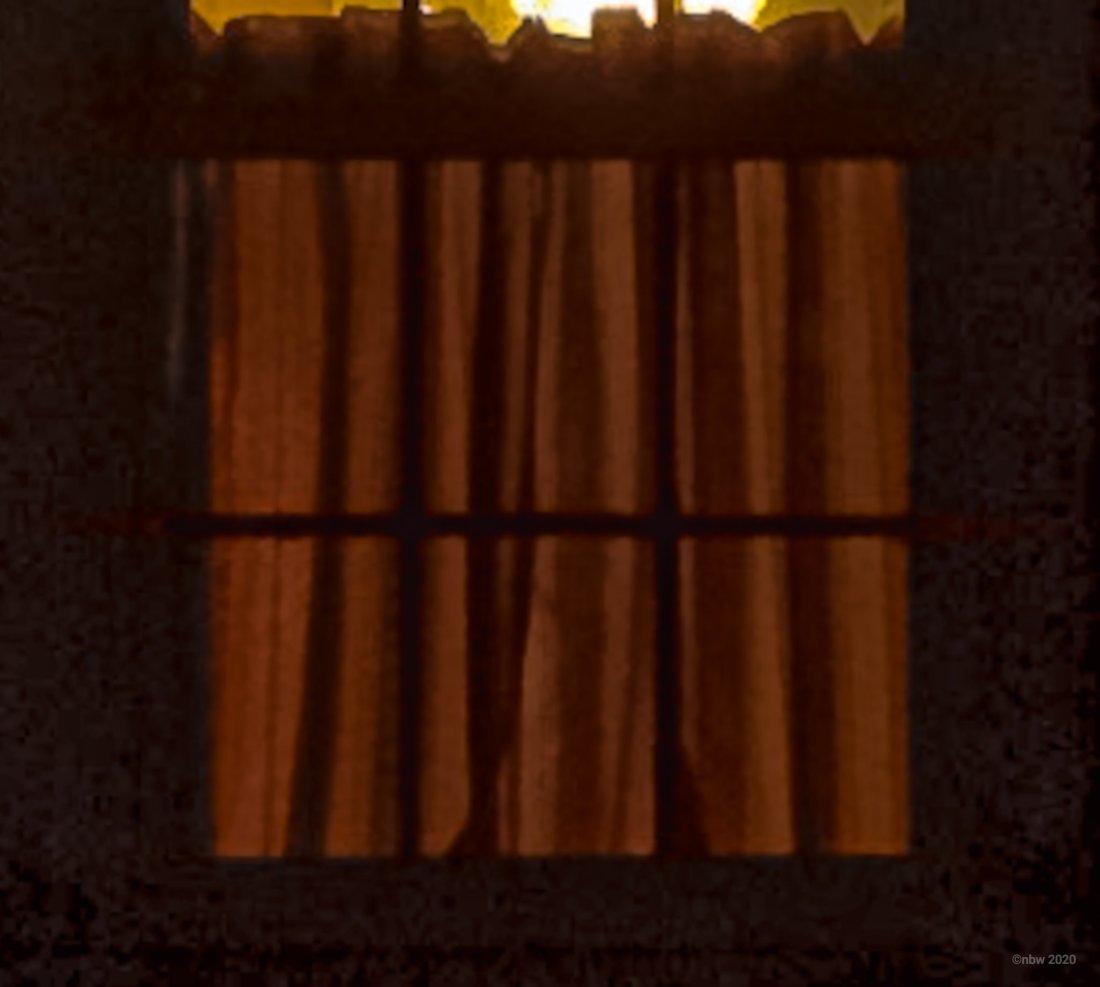 cook up whatever you have on hand

follow up with washing dishes and promises of something sweet 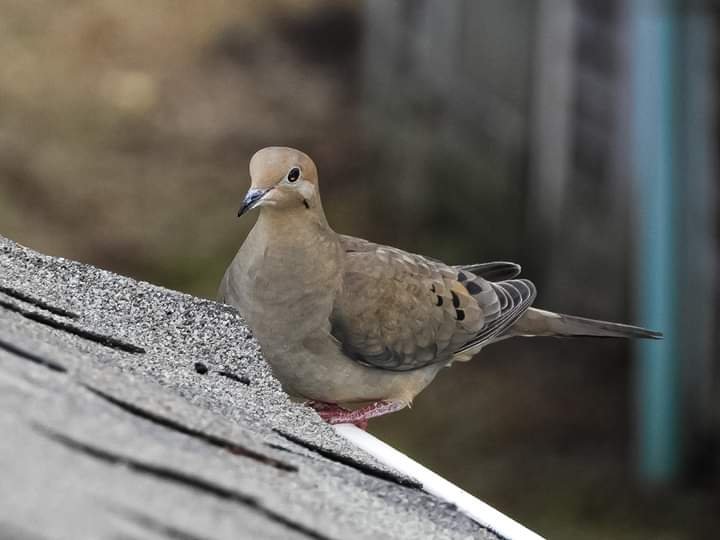 “For whom do you mourn?” I ask of her.
while we share the coffee, rooptops, treetops
this heavenly morn.
To move, no silky feather dared
no whisper of answers, only her omniscient stare
“Oh.” Said I in my morning gruff.
That, dear bird of earthly care,
that will do.
For this brilliant winter dawn
that will have to be enough.

A Psychological Thriller
By N.B. Wilde

Marcus ordered a Whiskey-Whiskey then had to teach the barmaid how to mix it.
“It’s a Manhattan. Jack Daniels and vermouth. Dry vermouth, not sweet. Rocks on the side. Please serve it in a classic rocks glass, not one of those sissy stem glasses.”
He was working on a solution while he waited for Michelle. A solution to his ongoing search for stable romance. But as in most matters, he played this one close to the vest.
Out of the corner of his eye he glimpsed a flip of blonde and a flash of leg saunter toward him. He kissed Michelle on the cheek as she sat on the barstool beside him. “When did you start drinking the hard stuff instead of wine?” She asked him.
He was a looker. She gave him that despite all their ups and downs.
“I drank Manhattans back in the day. I think I’m going back to them.”
He ordered her a Cabernet.
Michelle searched the bottom of her purse scavenging through chocolate chip cookie crumbs for a vape. She found the last vape flavor among the torn cellophane wrappers draping it all in a messy display on the rich wooden bar. Marcus never understood how anyone could eat cookies and drink wine, but Michelle was a mystery.
She held the vape between her fingers and took a long drag while sipping the red elixir.
Drinks were in order after the news they were handed in a meeting by Detective Horrigan, the precinct commanding officer. The city had been stricken by a series of gruesome murders involving single people living alone. Their efforts at solving the case were failing. The no nonsense, Horrigan wanted Michelle’s proven track record and her expertise in the field paired up with Marcus’ hound dog nose for the scent of criminals. Together he knew they would crack the case. Marcus readily agreed. Michelle hesitated, but with a financial and vacation incentive by Horrigan, she acquiesced.
Now at the bar, Michelle ordered an appetizer of shrimp cocktail. Marcus nervously fumbled around the bar with the loose cellophane.
“Stop, please.” Said Michelle. Placing her hand gently over his. We have to work together. You know this and you know we’ll be dynamite. We’ll work this case and come out looking like heroes.”
Marcus peered into her eyes. “Let’s order dinner.”
The only thing he knew was that they were in over their heads. He wasn’t sure he could go through with it after all.
Michelle looked back at Marcus and wished the mid February chill gone. And just like that she felt it melt away.
“Marcus,” whispered Michelle, “This case is going to be murder.”